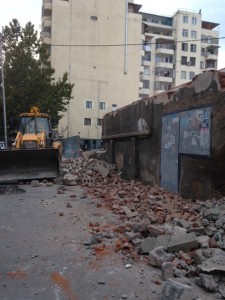 This wall came down a few days ago as a new supermarket is being completed. Please pray for the walls of tradition, fear, and false facades to be torn down in this place. A construction crew of One is all it takes!!

Recently, we found ice cream cones in the city!  As the ice cream season (Summer) passes into Fall, we are thankful for little surprises that are encouraging!  This really made my day! 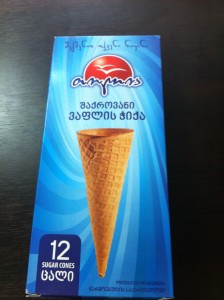 The perspective from the top of this ferris wheel is amazing.  Sometimes, I wish I could see all of the Big-picture things going on in life around me.  Because I can’t see it all, I’m glad I serve a God who can. 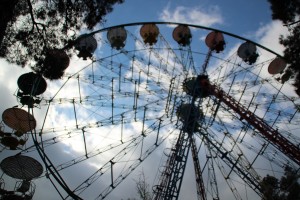 Those of us on the team that are in full time language study are currently learning the words to relate our family to others.  As we go through our family trees I am struck by the fact that we have been graciously grafted into our Heavenly father’s family tree.  This is a truth that motivates us to keep going strong, so that eventually we can relate this in this language as well. 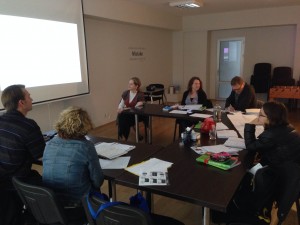 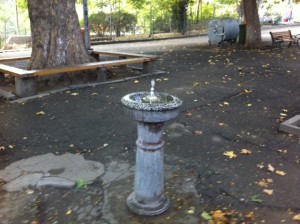 This morning during our devotional, we were reminded about the importance of living each day and not worrying about the past or the future.  God wants to to take this day and live it abundantly, embracing all there is to do and see today.

It seems like our time in the city, even in just the short few weeks we have been here, has had many reminders about this specific topic.  We buy a loaf of bread every day because it is a small enough size that it just about gets us through one day.  We both take language classes and the kids take their studies one day at a time as well because any more than that would be overwhelming.  We do one load of laundry completely before beginning another because there is only enough space on the clothesline for one load and it has to dry before we can put on the next, and that’s hoping it isn’t raining outside.  These are a few small examples that have been great reminders to us about the bigger picture of life.  It is enough to purpose to complete and enjoy what He has for today. 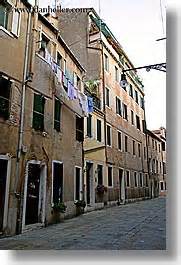 Today we were able to take a couple of hours and venture into a part of the city we gave previously not seen before.  It is a pretty busy section of the city and as we left the bus, we saw people walking, some running, and others just sitting here and there.  There were so many people.  Some were by themselves while others walked along with friends.  Some were sweeping the dust and liter along the sidewalks while others were making sure there was plenty to pick up.  It made me wonder about the fact that God is aware of each one, individual needs and issues, desires and dreams.  He keeps track of it all!  How amazing that the God of the universe deals so many huge issues around the world and yet knows the details of each life.  He is indeed an incredible God. 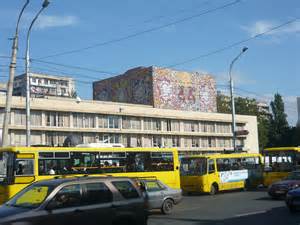 It is always fun learning a new language and the stories of miscommunication abound.  For instance, the other day I was waiting to pick my son up from the bus stop. I happened to be taking pictures of our immediate neighborhood and this piqued the interest of a neighbor.  She came to ask me why I was taking pictures of her neighborhood.  I am not fluent yet so I was picking up about every third word and I was pretty proud that I was getting the jist of the conversation.

I explained that I live here as well and that my family in the U.S. would like to see where I live; of course I did this while stumbling over my words, using grand gestures with my hands, and with the confidence of a toddler.  She seemed to understand and then began to tell me about her apartment in the building adjacent to hers.  She is renovating and will be renting it when it is finished.  I expressed agreement that this was a good thing for her and she seemed very excited about it.  It even had three rooms and they were good for her grandchildren.

My son arrived and she asked if he and I would like to come and see the apartment.  Knowing that this country is renowned for its hospitality I knew that I shouldn’t refuse.  I called my wife and told her that I would be seeing this woman’s apartment she was remodeling and; if, when I assessed the situation and it seemed like a long visit then I wanted her to come down.

When I got to the apartment she showed me around.  It was very nice, not really my style, but I was happy that she was so proud.  Her phone rang and then she handed it to me.  I was startled a bit but I took the phone.  It was her real estate agent asking me in English if I was interested in renting the apartment from her. She had thought that my interest in the apartment meant I wanted to rent it — she had quickly called her agent, but I hadn’t understood that part.  Apparently every third word isn’t enough to understand the intricacies of a conversation yet.   This is just another funny instance of practical motivation to learn the language here.

There is a year long outdoor flea market here in our city. It is a mix between a yard sale, antique sale, and art show. There are all sorts of goodies to find. Us newbies took an afternoon to explore the market and see what treasures we could find. We have found that every item or art piece has a story behind it. We could stumble upon some gear used in one of the great wars, a teacup that has been passed down for generations, or a piece of artwork that a famous artist has slaved over for weeks or months. We could just walk past the “wares” and take it at it’s first impression or we can spend some time talking with the seller to get a better grasp on the history. Just like the goods at the flea market, the people here all have a story, We could walk past lady on the street, or the neighbor in our building and not know their story, it takes us asking. People here don’t just open up to you, it takes time, and knowing the language helps. Challenge yourself, just as we do everyday, to look past the first impression and see what history is to be learned. 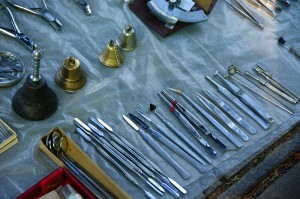 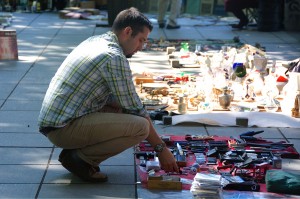 Another Great Adventure in Everyday Life

October 10, 2014 / teamgreen / Comments Off on Another Great Adventure in Everyday Life

I have found it a great adventure trying to cook from scratch. Yes it takes longer, but there is great satisfaction in buying such a thing as a pumpkin, and then having pumpkin puree. I have made some cookies and muffins with the pumpkin already. I’ve never thought of myself as a great cook, but now that I’m here, I struggle to make normal things like Taco meat taste normal. it’s something in the spices that I just can’t get quite right. Maybe they are fresher than back in America, maybe they are older or filled with something to stretch the spice. I don’t know what it is, but I’m still nervous to invite a local over for a meal for fear of the food tasting horrible. (My prayer then should be, “God make this food taste good to them, Amen.” )

As we go about our lives here, it has been a great thing to show the people we are just like them. For instance, I have been mildly obsessed about the canning jars here. They are so cheap and they come in many awesome sizes. But whenever I go to buy a new pack the person selling them looks at me with amazement that Me, the little American girl, is buying canning jars for myself. And then when I take my canning jars onto the public bus to get home, they can’t believe I’m doing that either. In reality people are people, and we have found it very beneficial to live the way people live here, even though I still stick out. 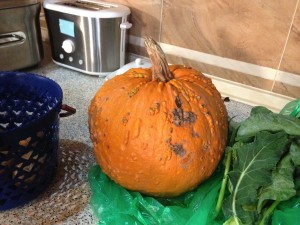